For further information on how to join and be apart of our grading system, get in touch via email: info@internationalboxingkickboxing.org

This syllabus has been written and created by Sensei Chris West 4th Dan.

Chris has created this system with the view of a supporting his students of a complete striking system for Ringsports. Styles include the following: Boxing, Kickboxing, K1-Rules & Muay Thai.

All of these versions of Ringsports have different rule set to compete in, you will find that a lot of these striking techniques are very similar and even transferable across the four entirely different sports.   Chris West is a very experienced martial artist with over 25 years in training; also achieving multiple honours at national/international and world level.

Taught by Master Brian Barnes in the Salford & Manchester area in the North West of England, Brian has decades of experience and trained dozens of champions both Amateur & Professional – and still continues to offer Chris help, guidance and advice with his deep wealth of valuable knowledge. 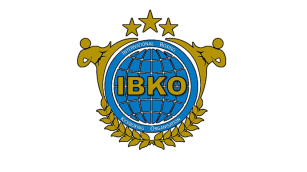